← back to
Melting Pot Music
Get fresh music recommendations delivered to your inbox every Friday. 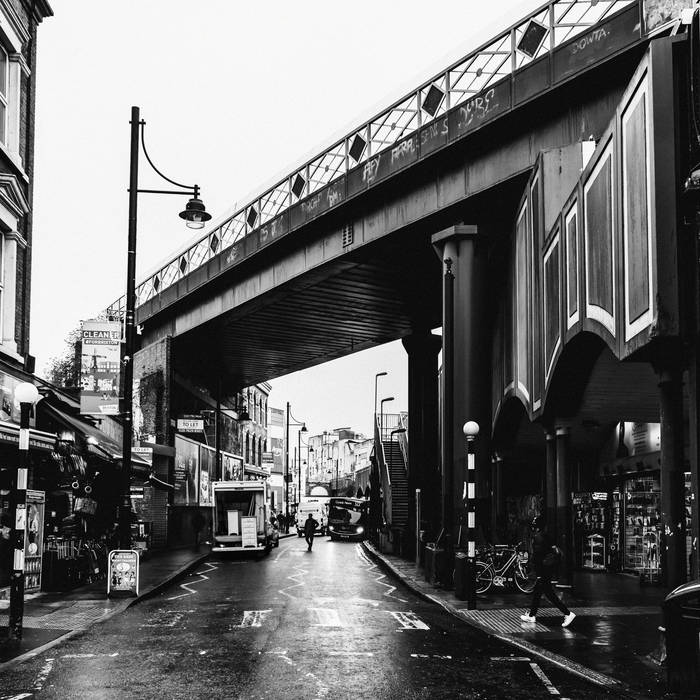 gabedamixgod Been listening to FloFilz for the better part of 7 years. Love the vibes and every track has been consistently fantastic. Favorite track: Lanai Gardens.

Jose Hernandez I cant wait to listen to these albums.

FloFilz previous albums "Metronom" (2014) and "Cenário" (2016) were dedicated to the cities of Paris and Lisbon. The visuals for all albums have been created by acclaimed photographer Robert Winter.

Linernotes
"Jazz (We've Got)" was the title of the second single from A Tribe Called Quest's iconic album "The Low End Theory". It was released in 1991, the same year FloFilz was born. Similar to Tribe FloFilz resurrects jazz for a new generation. He has been doing this for a while now and is pretty good at it, as you might know if you are familiar with his previous works "Metronom" and "Cenário".

In 2019 things have changed. Today jazz is not only about diggin' old records and learning about Bird and Trane. Jazz is very much alive and the city of London has become one of its epicenters. The UK jazz scene is happening because it is deeply connected with hip-hop, soul and club music. A perfect setting for FloFilz. Over the last 18 months, he has collected serious Eurostar miles, heading from Aachen to London - going to gigs, hanging out with musical allies and recording new material.

This is why he calls his new album "Transit". Through 18 tracks FloFilz translates the current London vibe in his very own style and fashion and I dare to say that "Transit" may be the best album he has treated us with so far.

All tracks produced and mixed by FloFilz.

Supported by Initative Musik gGmbH with project funds from the Federal Goverment Commissioner for Culture and Media.

Bandcamp Daily  your guide to the world of Bandcamp

Nightmares on Wax and Bremer McCoy stop by with their sublime new LPs.